Since 1975, Val-Chris has provided private money products to clients who are interested in our ethical, intelligent approach.

Specializing in both residential and commercial loans for borrowers and brokers, as well as trust deed purchases to the investor community.

Our long history in this business and our tremendous access to lenders allows us to make certain our borrowers get the best loans possible. Our many repeat customers attest to this unique benefit, and to our integrity and dedication.

Our dedicated staff has over 100 years of combined real estate experience in the loan brokerage, loan servicing and escrow areas. Our Irvine-based California office houses our loan brokerage department as well as our in-house escrow and a loan servicing departments which are there to meet the needs of both borrowers and investors. Over our 40+ years in business, we have always prided ourselves on fast turn-around and giving quality service to all of our customers.

With competitive pay, benefits, and a 401k, Val-Chris Investments is a great place to work.  Job openings vary from time to time but we will always accept applications to put on file.  Please fill out the form below to be included as a candidate for interview. Lilian has been with Val-Chris Investments in the funding department for 9 years. Prior to that, she worked for 5 years as an escrow officer, and a marketing representative who obtained new business for the company. Lilian also worked as a loan officer for 2.5 years.

Outside of work, Lilian enjoys spending time with friends, family, and her dog Roscoe. She also enjoys attending church and an occasional Netflix binge. 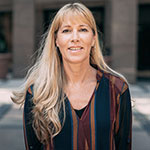 Esmeralda was born in Mexico, grew up in Watsonville, CA and now resides in Anaheim, CA. Esmeralda enjoys spending time with her husband and three children. She enjoys helping others, she takes food and money that is collected from family and friends once a month to Tijuana and Tecate Mexico.

Esmeralda has been with Val-Chris Investments for 3 years as a loan processor. She has over 15 years in the mortgage industry. Esmeralda has excellent communication skills, in addition to strong organizational skills and attention to detail. Molique is a Southern California native from Los Angeles, CA. She worked in Sales for the last 12 years and most recently in accounting for a Berkshire Hathaway company.

Her first job was working at Disneyland while attending college. Her time spent at the happiest place on earth developed an affinity for all things Disney. When she isn’t working her, favorite past times are paddle boarding, snowboarding, kayaking, hiking, and camping with her husband and two dogs.

Molique has been with Val-Chris investments since 2018 and is enjoying learning all about the business. She is currently in loan servicing and handles the closing of each loan we process. Her goal is to help grow Val-Chris Investments and be an integral part of the team. Ryan is a Southern California Native from Orange County. Ryan has a passion for finding out how things work which lead him to Universal Technical Institute where he graduated in 2005. He thoroughly enjoys creating things. When he isn’t out hiking or camping, with his wife and two dogs he is always finding creative avenues whether it be woodworking, carpentry, or metal work, or hanging out with his nephew, Wyatt and his niece, Charlotte. Brittany is a Southern California native and currently resides in Irvine, CA. Brittany holds an undergraduate degree from Vanguard University with a degree in History & Political Science, with minors in Music and Biblical Studies. She has a background in education, holding her California Multiple Subject Teaching Credential.  Brittany and her husband, Kyle, serve as the lead Pastors of at Legacy Church, a life-giving spirit-filled church in Tustin, CA. Brittany enjoys spending time with her husband and son, Levi. She enjoys drinking iced tea, teaching children, painting and doing other creative things.

Brittany has been with Val-Chris Investments since 2014 and currently oversees all of the office processes and infrastructure.  Brittany is a licensed Salesperson with the California Department of Real Estate and has her MLO Endorsement with the NMLS. Her goal is to help Val-Chris Investments grow in order to meet the financial needs of our clients.

Brittany was recognized as an honoree for the 2021 40 Under 40 influential leaders with the Greater Irvine Chamber. Jeff, a Southern California native, began his experience in the financial services industry while attending school at The University of California, Irvine. After graduation, he started to work as an account executive at Val-Chris Investments. Val-Chris Investments is known in the industry for its long and trustworthy reputation as a California Private lender since 1975. After a few short years with the firm, Jeff became one of the top producers and personally helped Val-Chris reach #1 on Scotsman Guides’ top private lender list in California. Jeff became a licensed real estate agent in 2011, a California licensed real estate broker in 2012, and acquired his NMLS license a few years later. Throughout Jeff’s tenure at Val-Chris Investments, he has placed over half a billion dollars in loans with private investors. With over a decade of experience in loan origination and funding, Jeff quickly learned the skills and requirements necessary to originate, underwrite, and place private loans in the most effective and respectable ways possible.

In late 2017, Jeff was promoted to Vice President of Val-Chris Investments, and Partner shortly after, so he could further promote fair and ethical lending in California while managing the company’s extensive investor database. Jeff was also honored as one of 2020’s 40 Under 40 Business Leaders with the Greater Irvine Chamber!

Jeff and his wife, Hillary, live in southern California. They are very happy to be part of the community and feel it is a wonderful place to live and raise their son, Wyatt and daughter, Charlotte. When Jeff isn’t with his family or friends, he is an avid golfer and proudly carries a single digit handicap. Chris is President and Owner of Val-Chris Investments, Inc. and has been with the company since 1986. With nearly 35 years of experience in the private money industry, Chris has helped transform Val-Chris Investments from a small 3 person family business to one of the larger private money lenders in California. Chris holds a Bachelor’s of Science in Business Administration from University of Southern California where he graduated with honors in 1983 and has been a California licensed Real Estate Broker since 1986. In addition to this license, he also holds a California Finance Lenders License and has been a Mortgage Loan Originator since 2013. Chris has been a member of the California Trust Deed Association and California Mortgage Association since its inception. He was a member of the Tustin Kiwanis Club for more than 10 years including 2 years as its President.

A resident of Newport Beach, Chris loves to travel anywhere with his wife, Mariah — from Vegas to Boston, to Bora Bora or the Bahamas. He is a season ticket holder for the Anaheim Ducks hockey team, enjoys playing golf and exercising when he is not spending time with his grandkids, Wyatt and Charlotte. He’s also blessed with 3 children, Ryan, Hillary, and Reed, two of which currently work for Val-Chris Investments, Inc. Xavier Saavedra is a Southern California native with more than 20 years of mortgage & real estate finance experience. After studying real estate at Golden West College, Xavier got his start as a loan officer at GMAC and soon became a top producing Quality Assurance Loan Officer. He then joined the Long Beach Mortgage/ Washington Mutual team wholesale team as an account executive and soon became a President Club Recipient for being in the top 5% in wholesales volume in the nation. For the past 12 years, Xavier has been proud member of Val-Chris Investments Inc. His focus is on broker relations & business development through different sources to originate TPO hard money or private money lending opportunities on a direct basis within the California market. When Xavier isn’t using his creativity in solving hard to place loans, he enjoys hotrods, bonsai trees, and spending quality time with his wife and two kids. Kellie Brown is an Account Executive with Val Chris Investments and has been with the firm since 2015. She focuses on sourcing residential and commercial deals along with investor acquisition. She has a Bachelor’s degree in Finance, Real Estate and Law from Cal State Long Beach and has held her Real Estate license since 1991.

Kellie is a Southern California native and has currently resides in San Juan Capistrano.

She is a member of Mariners Church and enjoys spending quality time with friends and family. Fabian is native to Orange County and resides in South Orange County. He lives with his wife of 16 years and his daughter who is in High School. Fabian graduated from UC Riverside with a Degree in Economics, and a minor in Business.

Fabian likes to spend his free time doing outdoor activities with his family and bar-b-queuing in the backyard. He enjoys spending time at his Temple in Irvine with friends and family. When he has the chance he enjoys body surfing, snowboarding, running, and playing foosball at the professional level.

Fabian has been actively involved with Val-Chris Investments for about 5 years now as an Account Executive. He helps build the Val-Chris brand while originating loans for clients that have challenging situations and need someone experienced to help see them through the entire process.

Prior to that he was doing business with Val-Chris over the past 10 years as a broker and he had been providing private mortgages since 2005 as a small lender himself.

Prior to mortgages Fabian was a Financial Advisor at UBS Financial Services, Inc.

Today Fabian holds a Broker License and has been licensed since 2005, with an NMLS Endorsement since 2010.

Jake has always been interested in wealth growth and management, even at a young age in high school. Being raised in a competitive household and active in sports still to this day, he has always had this drive to earn great results and improve his skills.

In winter of 2016, he graduated from the California State University, Fullerton with a degree in Business Management with an emphasis in Finance. Initially looking for a career in financial advising, Jake ended up with an opportunity at Val-Chris Investments. Jake quickly learned the industry and business practices and was able to get his real estate license within his first year. In late 2017, Jake was promoted to Account Executive of Val-Chris Investments. Jake assists Chris and Jeff with investor relations as well.

Jake lives locally in Irvine. In his free time, Jake enjoys working out at the gym, golfing, snowboarding and wakeboarding as well as spending time with family and friends. Yvonne arrived in the United States in 1958 with 20 dogs and a contract with the Ringling Bros. After she left, she became a realtor in 1979. Yvonne has been in the loan business since 1983 and joined the Val-Chris Investments team in 1997. She plans to work with Val-Chris, meeting the private money needs of her clients for the rest of her life. Steve has been working in the mortgage industry for over 20 years with 15 years of those years having been with Val-Chris. He enjoys the challenge of helping people in difficult situations. He lives in Irvine with his wife of 26 years and his two growing children. As a family they go to Myanmar (Burma) and help with an orphanage during Christmas and the New Year. He is a committed follower of Jesus Christ and does what he can to live out his faith.